The Importance of Endurance Training 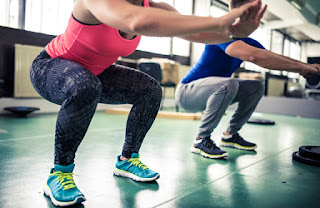 What Is Endurance Training?

Muscular endurance refers to building muscle strength so that you are physically capable of performing the same exercise over and over again with good form. Strength is your ability to lift things and move easily, while endurance refers to how long you can lift that weight or repeat a motion.

For example, performing a plank is often difficult for people who do not have strength or endurance, as they may not be able to support their body weight, or may only be able to maintain the position for a few seconds. At the same time, someone with adequate strength may be able to hold themselves up, but only with conditioning and practice can they build their endurance to maintain the position for longer periods. Muscular endurance is increased via repetitions and adding weight, steadily increasing your workout intensity.

Cardiovascular endurance, on the other hand, refers to how well your heart, lungs, and blood vessels can provide your muscles with oxygen, which determines how long you can engage in aerobic exercise without needing to rest. As with muscular endurance, people who have been sedentary and are just beginning to work out typically don’t have a great deal of cardio endurance, and can only exercise for 10 to 15 minutes before becoming winded.

The more they exercise and build their body’s strength, the longer they can exercise. Building cardiovascular endurance is mostly a question of time: It can be developed by steadily adding time to your workouts as you build strength. For example, runners build endurance by adding time or distance to their runs gradually. As they become more comfortable running longer distances, they then start working on becoming faster.

The Benefits of Endurance Training

You might be thinking that you have no need to increase your endurance since you don’t have any plans to enter an Ironman competition or start competitive weightlifting. The fact is, though, building endurance has health benefits beyond improving your ability to compete in distance events. Improving your endurance can help you meet and exceed recommendations for regular exercise  (currently 30 minutes per session, five days per week), which has demonstrated health benefits.

How to Build Your Endurance

Many people build endurance naturally as a part of a healthy lifestyle that includes regular exercise. For instance, think about the first time you went for a run after a long hiatus or tried a new exercise routine. It was likely difficult, and you might have needed to take some breaks or even considered quitting altogether. The more you stuck with it, though, the easier those workouts became, and eventually, you were able to run longer and faster or complete the routine while hardly breaking a sweat.

Even though some endurance improvements happen naturally, it’s still important to work on intentionally building your endurance to continue getting the most out of your workouts. Long-distance runners, cyclists, swimmers, and anyone playing sports like football, soccer, or hockey also need to focus on their endurance.

There are several different approaches to building your stamina, and the best option for you depends largely on your fitness level and goals. The most common type of training is the long duration/moderate intensity approach. Distance runners, for instance, often use this approach to prepare for races, building up to running at a moderate pace for the distance of the race plus 30 minutes. This approach allows for a long training session without putting too much strain on the body, giving the athlete confidence in their ability to complete the event. For those who aren’t training for a race, exercising at a moderate intensity for a longer period helps regulate blood sugar, burns fat, and improves blood oxygen levels.

Other types of endurance training last for either moderate or short durations at a high intensity. Also known as interval training, this type of exercise helps build endurance with alternating periods of high-intensity exercise (at or close to your maximum capabilities) for a short period, usually a minute or less, followed by a rest period of less intense exercise.

This type of training has been shown to improve cardiovascular function, and it is beneficial to endurance athletes who are likely to face differing conditions during events. For example, runners may encounter hills during a race and need to adjust their intensity. The primary benefit of interval training is that it takes less time while still offering similar benefits to longer workouts.

Finally, resistance training is another form of endurance training designed to increase strength, power, and stamina.  Resistance training focuses on building muscular endurance using your own body weight. Exercises like planks, squats, lunges, pushups, and sit-ups are all effective at building your muscular endurance and can help increase your power during aerobic workouts while reducing the risk of injury. Increasing the number of repetitions and sets you perform during each workout gradually builds your endurance.

Posted by Fitness with a View at 4:02 PM