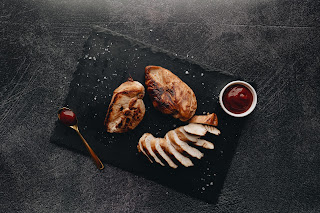 Organ meats, also known as “offal,” are the consumable organs of animals. Organ meats include livers, hearts, brains, and intestines, to name a few. There are many health benefits to eating organ meats, but there are also some downsides.

Today in the U.S., livestock is generally harvested for its muscle meat. However, in many countries, certain animal organs are consumed as popular dishes, including duck liver in France, beef tongue in Latin America, and pork liver in Germany. Asian cuisine often includes many parts of an animal’s body, including kidneys, stomachs, and intestines.

Interestingly, during WWII, American consumption of organ meat greatly increased. This was due to a concerted effort by the government to sway people to eat organ meat, as much of the country’s muscle meat was going to the troops.

According to Jake Young of the journal Gastronomica, meat organs are again experiencing a resurgence, this time in the world of fine dining.

Organ meats are full of nutrients, and are often pound-for-pound more nutritious than muscle meats. With the notable exceptions of tripe (intestines) and brains, most organ meats are good sources of numerous vitamins and minerals, including many of the B-Vitamins, iron, and zinc.

Thiamin ,also known as Vitamin B1, is present in liver. Studies have shown that thiamin can help prevent risk factors for Alzheimer’s disease,  including memory loss and plaque formation.

Animal organs, especially the liver and kidneys, contain iron. Many people suffer from iron deficiency, the condition affects approximately 10 million people in the U.S. One of the main symptoms of iron deficiency is fatigue and lack of energy. Eating organ meat will increase your blood’s iron count. People with iron deficiencies can eat organ meats (especially liver) to increase their energy levels.

Riboflavin, also known as Vitamin B2, is an important member of the B-Vitamin family that appears to protect the body against certain types of cancer. Riboflavin is found in organ meats, particularly the kidneys and livers. Studies have shown that riboflavin helps reduce the risk of lung and colorectal cancer.  A riboflavin deficiency has been shown to be a risk factor for cancer of the esophagus.

All meat organs (except intestines) contain high amounts of Vitamin B12.  In combination with folate (also present in meat organs), Vitamin B12 helps moderate homocysteine levels in the blood. High levels of homocysteine are a risk factor for cardiovascular disease

Many organ meats are high in zinc, including the liver, kidneys, and heart. Zinc is essential for your immune system to work properly. People with a zinc deficiency are more susceptible to infection.

While organ meats are highly nutritious foods, they also contain a lot of cholesterol (especially the liver and heart). High cholesterol levels raise your risk of having a heart attack or stroke. Therefore, it’s recommended that organ meats be eaten in moderation.

People with gout should avoid organ meats, as they contain high levels of purine. Foods rich in purine can contribute to the progression of joint damage for those with gout.

People diagnosed with hemochromatosis, also known as an iron overload disease, have too much iron in their blood and should therefore limit their intake of iron-rich organ meats.

Posted by Fitness with a View at 5:47 PM