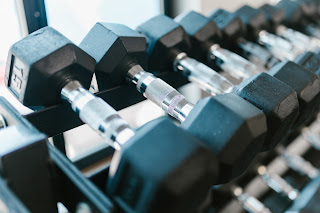 Bone density and exercise go hand in hand, and scientific research has confirmed the connection. In a paper published in 2019, researchers from the University of Michigan reviewed data from 1961 to 2009 to determine what impact exercise has on bone density.

In their research, the investigators found three characteristics of exercise have the largest impact on bone mass density (BMD). These include the magnitude, rate, and frequency of muscle strain.

-     The magnitude of muscle strain an exercise exerts: Exercise that fit into this category include weightlifting and gymnastics because the amount of force place on muscles and bones.

-     The rate of muscle strain and exercise exerts: This indicates the speed by which repetitive, high-impact exercises, such as tennis or plyometrics are performed.

-     The frequency by which muscle strain occurs: Running is a prime example of this as the impact of the muscles is not only repetitive but continues for a long period of time.

Although the researchers did not establish which of the three factors is the most important, they concluded that increased density can be achieved with as little as 12 to 20 minutes of weight-bearing exercise performed three times per week.

While it would be fair to assume that any exercise that places significant, repetitive stress on a bone would be equally beneficial, it's not always the case. According to research from Brigham Young University, one exercise arguably offers greater benefit than all others – Jumping.

The study team found that jumping 10 to 20 times a day with 30 seconds of breaks in between jumps significantly improved hip bone mass density (BMD) in women age 25 to 50 after 16 weeks. Bone density increases directly coincided with the amount of exercise performed.

While running also offered significant improvement in BMD, it was far less than that seen with jumping.This finding suggests that jumping should be incorporated into any exercise program, including low-impact activities like cycling, swimming, and running.

Despite the direct impact of exercise on bone density, not every sport or exercise activity is linked to BMD gain. Running, for example, is linked to greater BMD than low-impact activities like cycling because of the direct stress that it places on the legs and hips.

In fact, elite-level cyclists appear to have a greater propensity for bone loss compared to their running counterparts. This is because cycling is a low-impact sport and does not include weight-bearing movement. Combined, this means that cyclists may in fact lose bone density while performing high levels of the workout. In addition to the absence of direct bone stress, some experts believe that the loss of calcium in sweat also plays a key role.

It is also possible that endurance sports in and of themselves can promote bone loss as more calories tend to be burned than consumed. What this research suggests is that greater effort may be needed to incorporate weight training into the training schedules of endurance athletes.

The benefits of exercise can be felt at any age and with as little as 2 to 3 days of exercise per week. Even in older women for whom jumping and running may be inappropriate, resistance training can help stimulate or maintain BMD in the weight-bearing bones.

With resistance training, the force of muscle pulling against bone appears to be enough to stimulate bone growth even if the actual stress placed on the bone is moderate. As we age, building and preserving bone density become more important, and resistance training has been found to be most effective in improving muscle and bone mass in older populations.

Building or maintaining bone mass requires more than weight-bearing exercise; good nutrition is also key. Once you reach the age of 30, you don't build bone as readily as you used to.

To maintain strong bones, you need to ensure the proper intake of calcium and vitamin D in your diet. This is especially true if you are at risk of osteoporosis.

Calcium is the key building block for bones and vitamin D helps the body absorb calcium. To sustain bone health, adults should get 1,000 milligrams (mg) of calcium per day and 600 international units (IU) of vitamin D per day—ideally from food sources.

Women over 50 and men over 70 should increase their daily calcium intake to 1,200 milligrams. After 70, men and women should get no less than 800 IU of vitamin D daily. Some osteoporosis experts even recommend 800 to 1,200 IU of vitamin D per day.

Sources of Calcium and Vitamin D

Food sources of calcium and vitamin D include:

-       Leafy vegetables such as kale, broccoli and spinach

When to call a Healthcare Provider

If you are unable to meet your daily intake needs of vitamin D and calcium speak with healthcare provider.  They can perform a blood test to determine if you are deficient and make recommendations regarding supplements or connect you with a registered dietitian.

Posted by Fitness with a View at 4:09 PM