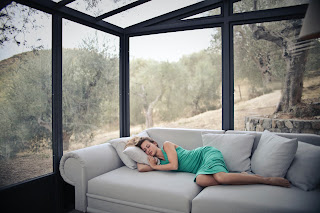 What is the perfect time of day for a power nap?

There isn’t really a perfect time to take a power nap. The ideal time will depend more upon individual factors, such as a person’s individual schedule. For example, for people on a 9–5 work schedule, the best time to nap might be before or during the “post-lunch slump,” which is usually sometime between 12:30 p.m. and 2 p.m.

For those working during the day, naps after 4 p.m. are not ideal. Taking a nap too late in the day can interfere with getting quality nighttime sleep and interrupt a person’s circadian rhythms.

However, for shift workers or those who work nights, the ideal time for a power nap may be earlier or later.

Can sleeping too long or too short be bad for you?

There is some discrepancy among experts over what length of nap is most effective and beneficial.

Dr. Sara Mednick, a psychologist at the University of California, Riverside, states that by taking a 90-minute nap, a person can get the same benefits they would from sleeping 8 hours. However, another study suggests the ideal nap length is 10 minutes.

The science behind limiting the duration of a power nap boils down to something called sleep inertia. This term refers to the drowsiness a person may experience upon waking from a very long nap, which may significantly impair cognitive performance throughout the course of a day.

Health benefits of a power nap

There are many health benefits associated with taking regular power naps, among them long-term memory improvement, enhanced cognitive function, and increased creativity. Research also shows that naps might be beneficial for heart health. A recent case study followed Swiss adults who took 1–2 naps per week. it found that over a period of 8 years, these same individuals had a lower risk of heart disease and strokes than those who didn’t nap.

On the flip side, it’s worth noting that other research shows there may be negative long-term effects of regular napping. Research analyzed by the American Heart Association (AHA) shows that those who napped for an hour or more per day had 1.82 times the rate of cardiovascular disease than people who didn’t nap. However, this is probably due to correlation rather than direct causation, as that group may have had underlying health reasons that led to them taking frequent naps.

Ultimately, if a person is able to take short naps on any given day and feels more alert upon waking, they should feel free to do so. The benefits of napping seem to outweigh any potential drawbacks. However, researchers must continue to study the overall effects of napping on health.

Though they’re quite different, napping and meditation seem to have several overlapping effects and benefits. While those who meditate are conscious and those who nap are unconscious, both groups enjoy an improved mental state afterward, accompanied by reductions in blood pressure, stress, and anxiety.

While both can be healthy habits, those who meditate reap additional benefits that nappers may not receive. A few of these include needing less sleep, an overall boost in mood, and increased melatonin levels which can promote a more restful night’s sleep. Meditation also has the potential to reduce inflammation and provide pain relief.

A person who incorporates both regular or semi-regular naps and meditation into their lifestyle can expect improvements in many physiological and psychological areas.

The American Psychological Association states that more sleep would make most Americans happier and healthier. The average American gets well below the recommended amount of 8 hours of sleep each night. While everyone’s sleep needs are different, a good night’s sleep of at least 7 or more hours for adults aged 18-60 helps protect the immune system and the heart, and allows optimal brain function and mental clarity throughout the day.

People who are chronically sleep-deprived — those who fail to get enough sleep over a period of 2 weeks or longer — exhibit brain deficits similar to those who haven’t slept in 3 days. They are also more prone to high-blood pressure, heart disease, stroke, diabetes, obesity, and depression.

Overall, power naps can be an effective way to enjoy boosted energy, heightened focus, increased attention, and mental clarity. The ideal length is around 10 minutes according to some research.

Naps should not be used as a substitute for getting the recommended amount of sleep each night, ideally 7-9 hours for adults aged 18 – 60.

When kept to about 10–20 minutes per day, power naps can make a great addition to a healthy lifestyle and promote a variety of benefits for those who take them

Posted by Fitness with a View at 8:05 AM