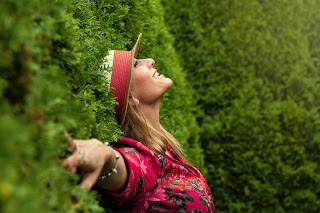 New studies show that optimism is linked to living longer and those who feel younger rehabilitate from injury faster.

Health research has always been overwhelmingly focused on risk factors that may predispose people to disease and premature death. The ever-growing field of positive psychology, however, is focused on those positive attributes and behaviors which can, on their own, promote health and longevity.

One such recent study, by the Harvard Chan School of Public Health, looked at the trait of optimism, as experienced by a group of women ages 50-79, over the course of several decades.

The study was unique in that it studied a large cohort of people across a variety of racial and ethnic groups to understand whether optimism is affected by such social structures.

At the completion of this multi-year study, findings showed that the 25% of participants who displayed the most optimism were likely to have a 5.4% longer lifespan and a 10% greater likelihood of living beyond 90 years than those who were the least optimistic.

These results were found to have no correlation with race or ethnicity, and researchers found that lifestyle factors such as regular exercise and healthy eating, accounted for less than a quarter of the optimism lifespan association.

Dr. Hayami Koga, lead author of the study commented, “we tend to focus on the negative risk factors that affect our health… it is also important to think about the positive resources such as optimism that may be beneficial to our health, especially if we see that these benefits are seen across racial and ethnic groups.”

The trait of optimism also seems to be at play in another recent study. In this investigation, researchers set out to study whether subjective age or how old people feel, is connected to how well they heal.

Patients were interviewed about their subjective age. The findings revealed that those who felt younger at hospital admission had considerably better physical outcomes at discharge one month later.

Researchers also found that those who felt younger recovered better because they were more optimistic about their outcomes.

Most surprising is that subjective age was the strongest predictor of positive outcomes, even more so than patients’ chronological age and other health conditions.

Study lead professor Amit Shrira stated to Science Daily, “Those who feel younger can maintain their health and functioning for longer periods, and as the current study shows, can recuperate better from disability. Therefore, by perceiving themselves to age successfully, people may preserve a healthy and vigorous lifestyle.”

The study findings will hopefully lead to the design and implementation of mental health strategies to positively affect peoples’ subjective age and are a reminder that how you think, goes a long way to affecting how you feel.

Posted by Fitness with a View at 3:45 AM